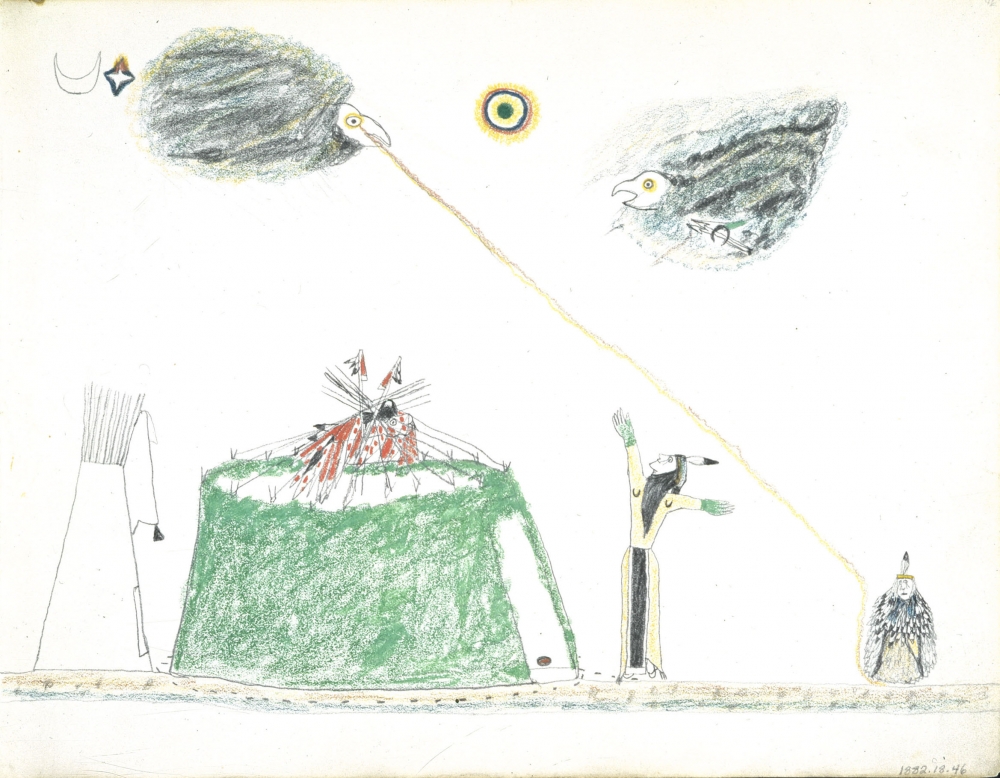 Following seven months of imprisonment at Fort Sill, Oklahoma, the Kiowa warrior Wohaw was sent to Fort Marion, in Saint Augustine, Florida, at the young age of twenty. Accused of killing three white settlers he remained incarcerated for three years without trial from 1875-78. One of twenty-six prisoners known to have created drawings during their detention, Wohaw’s legacy is particularly compelling given that the Kiowa, unlike other Native American nations, were not known to have created drawings on paper prior to 1875. Frequently capturing multiple timeframes in the same image, Wohaw’s drawings stand out for their almost cinematic aesthetic quality. One of his works, now housed in the Metropolitan Museum of Art, shows a warrior receiving blessings from two spirit animals. The drawing embodies the complexity of Wohaw’s artistic vision, rendering visible how Native Americans straddled two worlds, that of the wild buffalo and that of the domesticated bull.

Upon his release from Fort Marion in 1878, Wohaw returned to the Kiowa Agency in Oklahoma, where he joined the Indian Agency police force, and ultimately the US cavalry’s Indian Troop. He died in 1924 on the Kiowa Reservation at the age of sixty-nine.