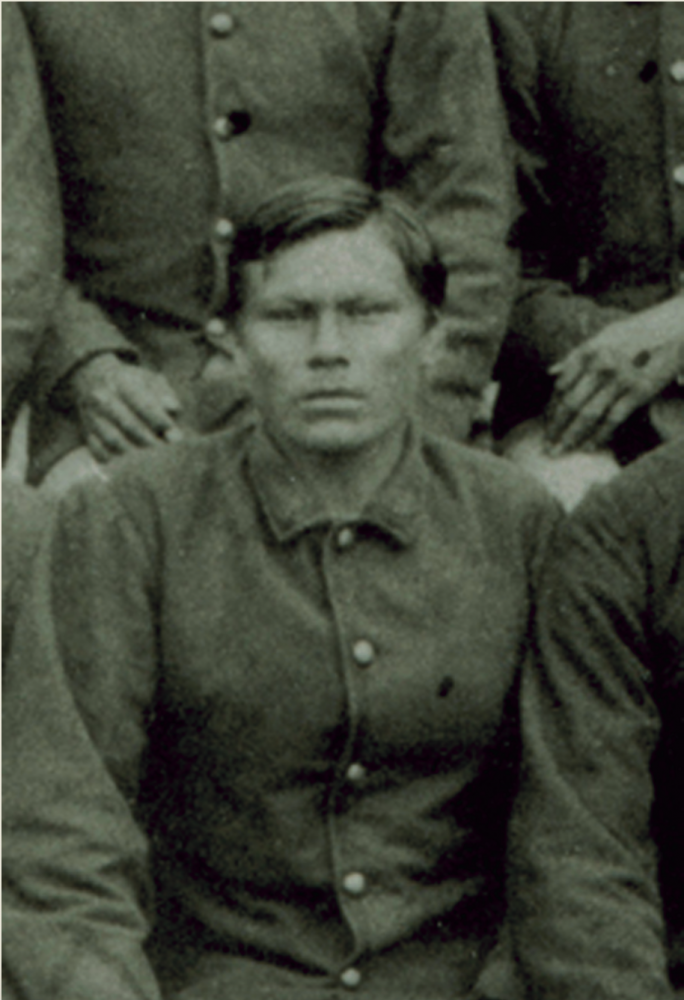 Koba (Wild Horse) was a twenty-seven-year-old Kiowa man who was imprisoned along with seventy-two other Native American warriors in 1875 at Fort Marion in St. Augustine, Florida. Koba and his band surrendered to the US cavalry during the Red River War in February of the same year. He was charged with stealing horses and mules in Texas, as well as participating in a skirmish at the Wichita Agency in 1874 in Wichita, Kansas. Born in 1846, he had not yet obtained a prominent position in Kiowa society at the time of his arrest.

Provided with art supplies by Richard Pratt, the commander at Fort Marion, Koba made a number of remarkable drawings during his three year confinement. Marked by the experiences and sights during the long journey from Oklahoma Territory to St. Augustine, Koba recorded his memories of this eventful trip by horse cart, train, and sailboat. His drawings appear to capture the duration of the trip and the anguish the prisoners would have undoubtedly experienced during their journey towards an uncertain future. While extensive depictions of landscape are almost completely absent in previous Ledger art, Koba rendered both his changing environment and his memories of pre-reservation cultural activities with great care for detail. Other depictions of hunting and courting scenes as well as the entirely new subject of sacred ceremonies sharply distinguishes his work from pre-reservation Plains Indian graphic art, which had primarily focused on warrior exploits.

After three years under the acculturation program at Fort Marion, Koba spent two more years at the Hampton Normal and Agricultural Institute in Virginia, originally a school for newly freed African-Americans. He went on to assist farmers in Lee, Massachusetts, for the fall harvest, before enrolling at the Carlisle Indian Industrial School in Pennsylvania from October 1879 to September 1880. Considered the flagship of Native American boarding schools in the US, Koba trained to become a tinsmith. However, like many following his trajectory, Koba contracted tuberculosis and died only two months after returning to his people in Anadarko, Kiowa Agency, Oklahoma, in 1880. A number of individual works and a few complete books by Koba survive, including those in the collections of the Beinecke Rare Book and Manuscript Library, Yale University, and at the Minneapolis Institute of Art.