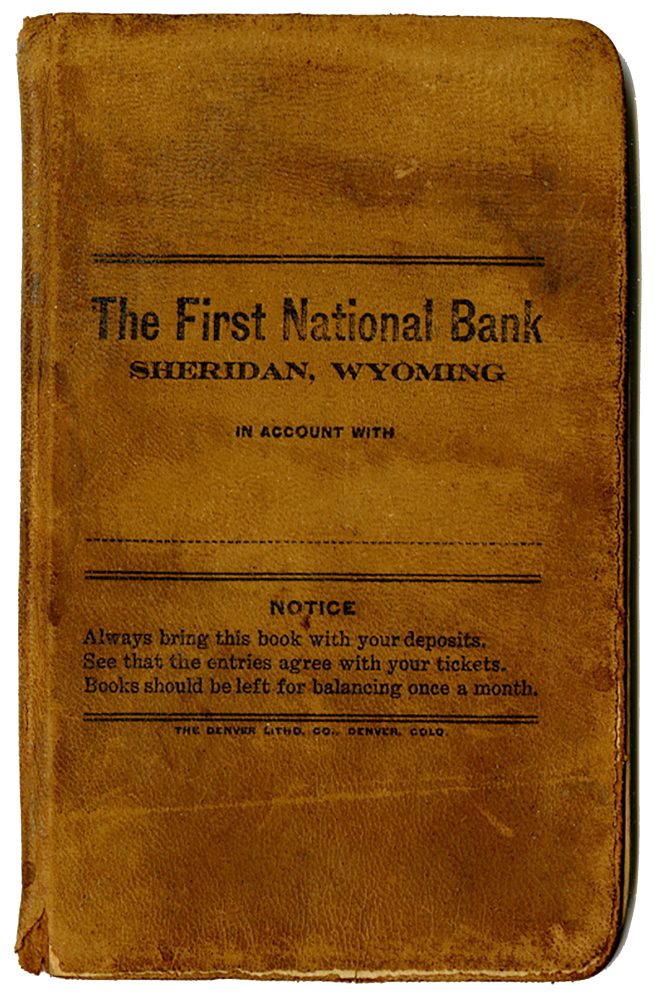 The Coffeen Ledger Book is named after one of its first non-Indigenous owners, Herbert Allen Coffeen (1869-1916). One of the largest property owners in Sheridan, Wyoming, Coffeen was an advocate for full citizenship for Native Americans, and collected Indigenous art, some of which he sold in his shop under the name of “The Sign of the Teepee.” The Coffeen Ledger was created on pages of a bank passbook issued by the First National Bank in Sheridan. It is likely that the artist was living on the Crow Indian Reservation inside the Montana border north of Sheridan. It was a common occurrence that the Crow (and other nations) frequented towns such as Sheridan to acquire necessary goods and provisions. The drawings in the Coffeen Ledger are unusual in their singular representation of almost cinematic frames from a classic Western frontier town. Distinct attention to detail shows the artist’s keen interest in clothing styles and cultural activities, while the appearance of urban details such as lamp posts appear to be unique in Ledger art.